An Easy Cream Substitute – All About the Different Types! (+ a Whipped Cream Recipe!)

Don't be caught off guard the next time you run out of your favorite cooking cream. Grab an easy cream substitute to keep on cooking and baking at home! Your family will be happy and your tastebuds will be pleased.

Creams are such a versatile ingredient in a recipe. They can be used in the most savory of dishes, and then you can turn around and eat them in the sweetest of desserts. They're wonderful to always have on hand in the fridge!

Unfortunately, it never fails that when you need some the most, you open the fridge and BOOM, gone! Lucky for you, we've got a great cream substitute for you that will work for any of the different types of creams. Come learn a little more about these versatile ingredients and find out the best ways to substitute them when you're in a pinch!

SUBSTITUTE FOR HALF AND HALF

Have you ever realized that half and half cream is literally half whole milk and half light cream? Don't worry, our minds were blown when we first realized it, too! It doesn't matter when you realized it, as long as you know it now. Because once you know, then you can easily make an easy substitute for half and half without having to run to the store to get more.

To make one cup of half and half:

So easy! Now that you how how easy it is to substitute for half and half, you can easily do it the next time you're in a bind.

Love to use light cream in your drinks or your dessert, but don't love it when you run out right when you need it the most? Don't sweat it! Pick out a light cream substitute and you're good to go.

To make one cup light cream:

Regardless of what you need it for, sweet or savory, you won't ever have to sweat running out of it again.

From a creamy chicken soup to homemade whipped cream, you can never go wrong keeping heavy cream in your fridge! However, it may be so widely used in your recipes that you occasionally run out when you need it the most. Don't worry, we've got you. Pick a heavy cream substitute that works for you and keep on keepin' on.

To make one cup of heavy cream:

Pro Tip: Use a food processor to puree the cottage cheese before adding it to your recipe.

This is one thing that you definitely don't want to run out of, especially if you're having something delicious like a fajita steak rice bowl. Use a sour cream substitute listed below using what you've got when you're in a pinch.

To make one cup sour cream:

See, it really couldn't be any easier!

Let's be honest, who doesn't love them some Cool Whip?! It goes great in our favorite fruit salad. But sometimes you really want to make something sweet without having to go to the store. Enter our favorite whipped cream recipe! 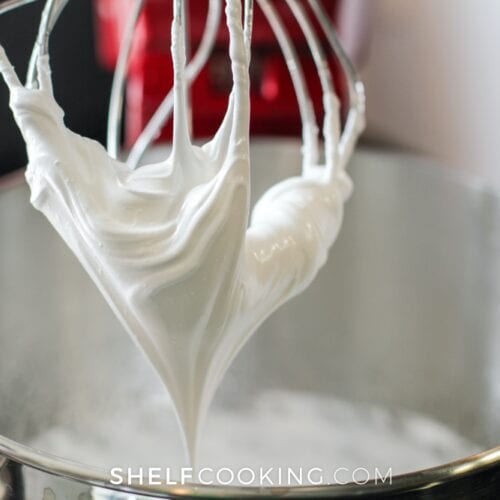 Use immediately or cover in an airtight container and store in the fridge for up to 24 hours.
Keyword cool whip, easy, quick

Here are a few other substitutions if you don't have any heavy cream to make your own:

Okay! You are now the master. Never be thrown off in a recipe again when you need to come up with a cream substitute. Just pull out this handy dandy list and you're set! 🙂 Have any questions? Let us know in the comments!

Need a Substitute for Ricotta Cheese? We Have 5 Ideas!

Prepare to Be Obsessed with These No-Bake Cheesecake Bites